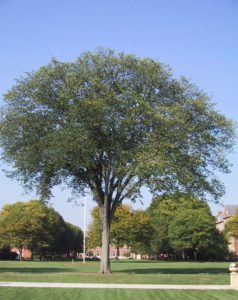 The elm tree, which was virtually wiped out in Britain 50 years ago, could return to the countryside, according to a new report. More than 20 million of the trees were lost to Dutch Elm Disease in the 1960s and 1970s, but a handful of enthusiasts have since been breeding “elite” elms that can withstand disease and according to research by the Future Trees Trust, the prospects for the elm are starting to look brighter. Its report points out that as well new resistant species being developed, at least four native species of elm have been identified that somehow survived the disease.

This website uses cookies to improve your experience. We'll assume you're ok with this, but you can opt-out if you wish.

Any cookies that may not be particularly necessary for the website to function and is used specifically to collect user personal data via analytics, ads, other embedded contents are termed as non-necessary cookies. It is mandatory to procure user consent prior to running these cookies on your website.